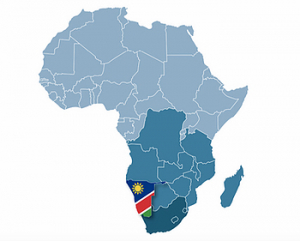 The Republic of Namibia attained its independence on 21 March 1990 and was established as a sovereign, secular, democratic and unitary State. In accordance with the doctrine of separation of powers, the government is divided into three organs:

​The President is the head of State and government. He is elected in a national election every five years.

​Article 102 of the Constitution provides that the Country be divided into regional and local units. In keeping with this constitutional requirements, thirteen (13) administrative regions and many other Local Authorities have been established in terms of both Regional Councils Act and Local Authorities Acts of 1992.

The Judiciary in terms of Article 78 of the Constitution, judicial powers are vested in the Courts of Namibia, which consists of:

The Courts are independent and subject only to the Constitution and the law. THE PRESIDENT OF NAMIBIA
Embassy Of The Republic Of Namibia

The Legislature branch of government is responsible for making laws of the Country. The main law-making body is the Parliament, which consists of two different chambers:

Namibia is bordered on the north by Angola and Zambia, on the east by Botswana, and on the east and south by South Africa. It is for the most part a portion of the high plateau of southern Africa, with a general elevation of from 3,000 to 4,000 ft.

Namibia is a member state of the United Nations (UN), the Southern African Development Community (SADC), the African Union (AU) and the Commonwealth of Nations.